BIYOLI CHORA, the Senior citizen forum of Assamese people living in Delhi NCR has recently observed  the World Senior citizen day on 1st October 2020 in innovative way.      Each year, this special day has been celebrated by BIYOLI CHORA  in glittering  way in Srimanta Shanardev Bhawan but this time, due to Corona, it  could not be held in similar scale;  instead celebrated in  digital platform using WhatsApp messaging App.

The day long event  started with Krishna vandana  in the morning at 9 AM  which was followed by Welcome Address   by Dr.  Nripendra Nath Gogoi ,President where he  emphasised folowing  various recommendations  issued  by WHO to Senior Citizen to fight against  COVID-19.    Later, Sri Hironlal Dutta , General Secretary  presented the Last Two Years’  Activity Report  where he mentioned celebration of several events viz. Bohagi Milan, Swagatom Basanta , Hitor Anubhguti etc.  Also other activities like Contribution to the flood affected people of  Assam,  medical treatment towards the  celebrated singer Sjt Pankaj Bordoloi were described.  Then deep respect were conveyed to the departed souls of a few  members  including Gauri Kanta Handique,  one of the founder members of BIYOLI CHORA. Then  Sjt  Manik Dash, Treasurer  presented the Financial Statement.

This  day-long event  concluded at 5:00  PM with Vote-of thanks  by  Sri Sibaram Deuri, Vice President . The event was anchored seamlessly   by Sri Nareswar Sonowal , Joint Secretary.

The senior citizen community were elated for the successful completion of the event  along with timely publication of the BIYOLI  magazine and expressed their sincere thanks to the organiser to make the  impossible into  possible. 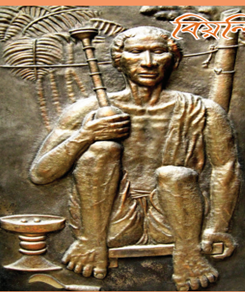